I think I know Ashton Kutcher best for his role in the TV show ‘Two and a Half Men’ although I first saw him in the film ‘Dude Where’s My Car?’  He is currently one of Hollywood’s brightest stars with people scrambling to bask in his reflected glory.  The above video is currently going viral on YouTube as he turns popular perception of our life expectations on their head. In a world of constant makeovers, gossip magazines and short cuts to celebrity Kutcher aims at something much deeper as he delivers his acceptance speech for the “Ultimate Choice Award” at the Teen Choice Awards.

His opening gambit wasn’t what people have come to expect of A List celebrities.  He begins by revealing that his real name is ‘Chris’.  It must be strange to live in a world where you take your place under a new name but he then goes on to reveal the things he learned about the world before he was known as Ashton.  Kutcher begins by telling the world that “opportunity looks a lot like hard work.  When I was 13, I had my first job with my dad carrying shingles up

to the roof, and then I got a job washing dishes at a restaurant, and then I got a job in a grocery store deli, and then I got a job at a factory sweeping Cheerio dust off the ground.”  He goes on to say that he’s always been “just lucky to have a job. And every job I had was a stepping stone to my next job, and I never quit my job until I had my next job. And so opportunities look a lot like work”.  He then surprises the screaming teenage fans by telling them what it means to be “sexy” and it has nothing to do with the “crap” that society tells us.

“The sexiest thing in the entire world is being really smart,” he says as everyone cheers. “And being thoughtful, and being generous. Everything else is crap, I promise you. It’s just crap that people try to sell to you to make you feel like less. So don’t buy it! Be smart, be thoughtful and be generous”.

One of the key things Kutcher does in his acceptance speech is to challenge people to live well.  “When you grow up you tend to get told that the world is the way that it is and that your life is to live your life in the world and not get into trouble”.  He goes on to say that “Everything around us that we call life was made up of people that are no smarter than you,” he said. “And you can build your own things, you can build your own life that other people can live in. So build a life — don’t live one, build one”.

We live in a world that is shaped and moulded by the people in it.  We are responsible for the future of the world we live in and the lives that we choose to lead.  As Christians we pray week in and week out that “Your Kingdom come, Your will be done”.  As part of this moment in time we can shape the world we want to live in.  Let’s build a kingdom God can be proud of. 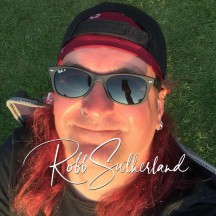 The vicar of Mixenden and Illingworth in North Halifax.