The General Synod of the Church of England is the main decision making body of the Church. It debates and decides the position and actions of the Church on contemporary issues. The decisions made by Synod can have major impacts on the Church for generations to come.

I have attended the past 3 sittings of General Synod as one of the three representatives of the Church of England Youth Council. The CEYC is allocated three seats on Synod for representatives aged 18-25. We are allowed to speak in debates but not vote, as we are not full members of Synod.

Synod meets twice a year (in February at Church House, Westminster and in July at the University of York) and is made up of about 480 people who are elected by their dioceses or institutions.

If you are interested in a more detailed explanation of the role of General Synod and a breakdown of its membership, see the “General Synod: from 1970” section of this page. Or the Church of England’s page.

As the decisions made at General Synod have such long term implications and affect how the Church’s resources are used, it is really important that voices from across the Church are heard. It is important that the members of Synod represent the Church not only as it is, but how, in the future, we want it to be. We may have a way to go yet, but it is, in my opinion, when Christians of every age, race, social background and diversity gather, that the church looks the way it was intended to, and the church’s leadership and governance should reflect that.

This is why I believe that having young voices heard in the debates and influencing the decisions made is so important. Young people have just as much of a rite to be involved as any older member of the Church. Without listening to the voices of the young the Church misses out on the perspective and insight of another generation, a generation who are not just the future but the present of the Church.

I believe young people should be actively engaged in the decision making at all levels of the Church to help them grow in their discipleship and feel a valued member of their Christian community.

Without inviting young people to the table, listening to them, and valuing them and their contributions, important voices are lost in our communities. If there are young people at your church why not encourage them to stand for election to your PCC?

Synod members have to be re-elected every 5 years and the next election is in later in 2020. Maybe you can think of someone you could encourage to stand to influence decision making in the next General Synod to shape the Church of the future? 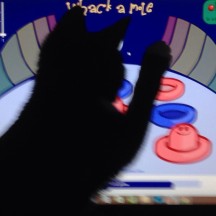